PRODUCTS THAT SHOW "ADD TO CART" ARE IN STOCK Dismiss

The worldwide enthusiasm for our unique Boker Solingen Barlow M4 Sherman Damascus quickly convinced us to also design a classic model supplied with the history-steeped Damascus steel. Compared to the original model, the traditional Boker Barlow is significantly more compact and not only cuts a particularly good figure in the knife showcase, but also impresses as a gentleman’s knife suitable for a trouser pocket in everyday life. The blade is made of the incomparable Sherman Damascus, is opened by nail nick and does not lock. The operating safety of this history-laden slip joint pocket knife is further enhanced by a 90 degree detent when opening and closing. The striking drop shape of the Barlow can be traced back to the English pocket knives of the 17th century, which certainly makes it one of the oldest models ever. The name of the classic probably goes back to an enterprising Sheffield knife manufacturer of the same name, who began exporting the robust knives to North America around 1800. There they immediately enjoyed great popularity and so at the end of the 19th century the first Barlow models also appeared in the history of the Boker manufactory.

The American M4 Sherman was designed as early as 1940 and is still considered one of the most famous tanks in history. It was produced between 1942 and 1945, put into service until 1957 and used in all battlefields of the Second World War – not only by the United States and Canada, but also by Great Britain, the Free French Forces, China and even the Soviet Union. The Sherman was built almost 50,000 times and is the most frequently used tank by the Allies in the Second World War. It was produced in countless mission-specific variations and used well into the Cold War. Together with the Americans in the Wartime Museum in Virginia, we have managed to preserve an important piece of vanished history.

The Boker Barlow M4 Sherman-Damascus is supplied with a unique Damascus blade forged from various materials from the production of M4 Sherman tanks previously restored by the museum. The unique 80-layer Damascus is hand forged for us by Chad Nichols in the customized ”Ladder“ pattern and is reminiscent of the tank marks left in the ground by the heavy tracks of the M4 Sherman. The integrally constructed Barlow is supplied with burlap Micarta handle scales that are colored to evoke the authentic camouflage finish of the U.S. Army and Marine Corps. The handles are CNC-milled from the solid and also form the characteristic bolsters and are ground to a matt finish by hand. Supplied with a high quality felt case for storage, a certificate of authenticity and an individual serial number. Handmade in the Boker Knife Manufactory in Solingen. 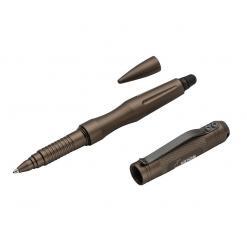 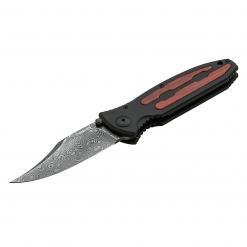 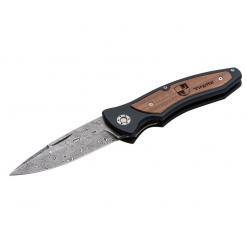 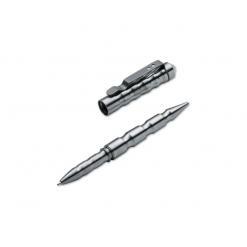 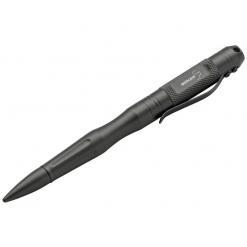 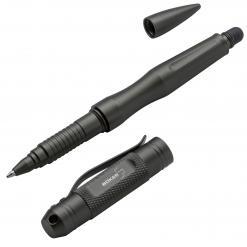 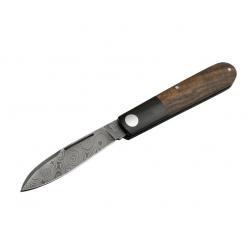 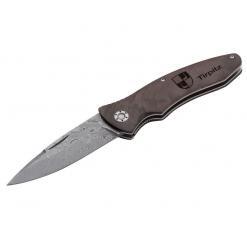 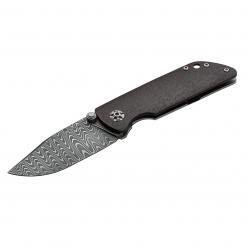 Please contact your selected dealer before completing your order to ensure they will perform the required transfer.